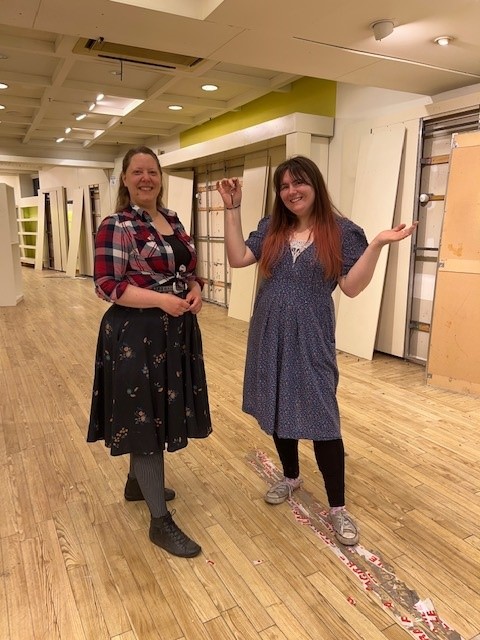 The independent organisation, which supports dozens of local artists and makers, has become a popular destination in the city centre having been based in Coney Street since November 2018.

Established in 2008, Fabrication Crafts supports local artists and makers with making and retail space. It has supported more than 50 makers since launching in Coney Street.

It has been looking for a new home after revealing its current lease was coming to an end this month.

Helmsley has stepped in, with Fabrication moving from its current home to unused space, formerly occupied by River Island, within 19 Coney Street.

The acquisition, from NFU Mutual, is the latest in a series made by Helmsley on Coney Street, with the company owning several other buildings at the major city centre retail destination.

Alexia Swift-Cookson, head of asset management at Helmsley Group, said: “As a well-established York-based business, Helmsley is passionate about supporting local organisations and helping the city to prosper.

“We are fully committed to bringing a new lease of life to York’s riverfront and redeveloping Coney Street as a high-quality commercial destination. We’re delighted to have supported Fabrication Crafts through this letting, ensuring it can continue to make a positive impact in the area.

“Coney Street has a rich history of independent trade stretching back many hundreds of years and Fabrication Crafts is a fantastic organisation continuing this tradition. We look forward to watching it go from strength to strength supported by us in Coney Street over the years to come.”

Dawn Wood, chief executive of Fabrication Crafts, added: “We are hugely grateful to Helmsley Group for its help in securing this letting, which enables us to stay on the amazing Coney Street.

“Our new and bigger shop will enable us to support more local makers, have creative workspaces and launch a community hub bringing together local organisations.

“We love being based here and are passionate like Helmsley Group in helping Coney Street to have a vibrant and thriving future. Our work on the Coney Street Heritage Project during 2020-21, funded by the Heritage Lottery Fund, shows how adaptable the street is and demonstrates how it can grow and change for the future.”

Helmsley Group and Fabrication Crafts are both partners in the Street Life Project, which is being led by University of York researchers.

Premises at 29-31 Coney Street – let to the project by Helmsley Group – have been transformed into a gallery, printing press and cultural hub with activities including music, creative writing, printing and heritage workshops.

Street Life has received funding of £469,000 from the Government’s Community Renewal Fund to not only explore the 1,000-year history of Coney Street but support the creation of opportunities for the future.

Helmsley Group believes the Street Life project on York’s Coney Street will play a vital role in helping to shape its plans for the future of the major city centre destination.

The Street Life project, led by University of York researchers, will run events from 29-31 Coney Street – let to them by Helmsley Group – until the end of June.

The premises have been transformed into a gallery, printing press and cultural hub with activities including music, creative writing, printing and heritage workshops.

Street Life has received funding of £469,000 from the Government’s Community Renewal Fund to not only explore the 1,000-year history of Coney Street but support the creation of opportunities for the future.

Property investment and development specialist, Helmsley Group, has acquired several properties on Coney Street in recent years as part of its wider ambition to regenerate the area as a high-quality commercial and visitor destination.

The latest was the purchase of 19 Coney Street – a 50,000 sq ft retail unit currently occupied by Next and Monsoon.

Max Reeves, development director at Helmsley Group, said: “Helmsley Group hugely welcomes the Street Life project to Coney Street. Coney Street and the connected riverfront have been vital to York’s growth and prosperity for more than 1,000 years and they have a similarly important role to play in the city’s ongoing success.

“It’s vital that our vision for Coney Street, which we’ll be sharing publicly over the coming months, is shaped collaboratively with the public and key city stakeholders and Street Life is an important element in helping to achieve this.

“We are grateful to the university of York and other partners from across York, including York Civic Trust, the York Conservation Trust, City of York Council and the York Music Venue Network, for spearheading Street Life and we look forward to using the insights gathered for the good of the city.”

To find out more about Street Life and register for the upcoming events, visit: https://www.streetlifeyork.uk/events.